Learn how to use some advanced file operations for easier file manipulation.

The first step is to open a terminal in Kali. All of the tools in this lab are command line tools.

How permission works is summarized in the figures below: 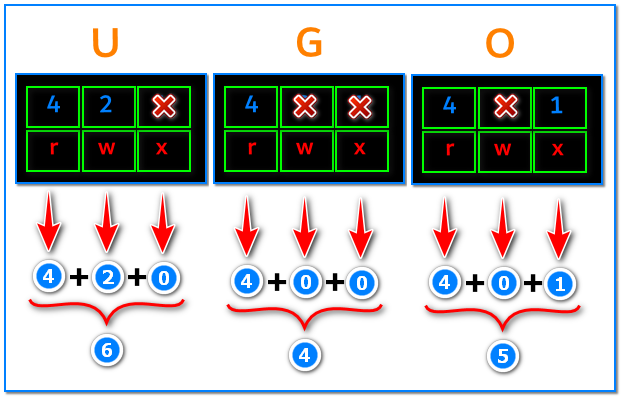 When we write them side by side, the permission string looks like this: 645

The syntax for this command looks like the following:

These digits are typically used together to form a set of permissions for a file.

If we want to allow everyone on the system to read, write, and execute a file, we can specify the following command:

To revoke all accesses from same file, the command would be:

The next command we will cover is chown. This command is used to change the attributes of a file to different users and groups. For example, we could change ownership of file.bin to “kali” and group “kali” with the following command:

Note: this is only possible if you have greater permissions than the other user. This tool is therefore best used as the root user. This tool can also be used to change the group owner of a file without changing the user, which can be done with the following command:

The next command we will cover is mv. This command allows you to move files from one place to another. The syntax for this command looks like the following:

This command can be use for renaming a file.

The final command we will cover in this lab is rm. This command is used to remove files and directories from your system. You should be very careful when using this command as removing a critical file or directory from your system could cause irreversible damage! The syntax for this command looks like the following: